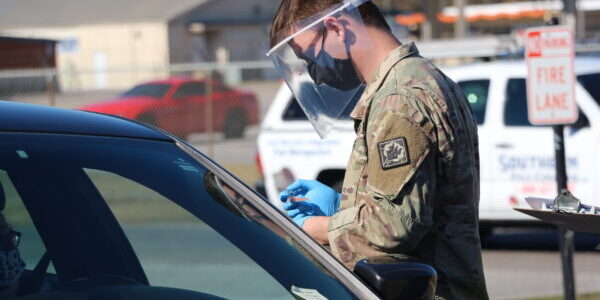 Thirty-six states have expanded vaccine eligibility to include all residents over the age of 16, according to the latest Stateside Associates tracker. President Joe Biden announced Tuesday he wants all Americans over 16 to be eligible by April 19, moving up his original target of May 1….

Fort Benning, Georgia is being considered as the next base to temporarily house unaccompanied minors crossing the border from Mexico, a Pentagon spokesperson said Tuesday, according to Stars and Stripes….

A Navy medic is accused of shooting two people in Frederick, Maryland Tuesday morning before driving to nearby Fort Detrick, where two Navy personnel shot him. He died, and the two sailors were injured, as WBAL-TV reported.