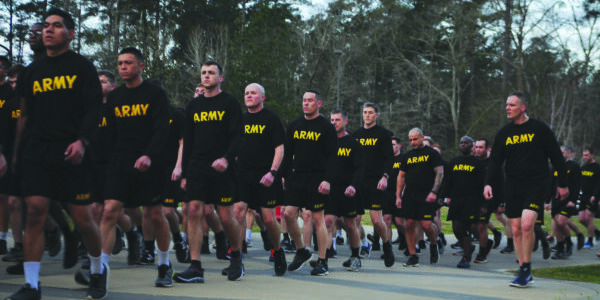 More soldiers re-enlisted in fiscal year 2021 than the Army expected, helping the service exceed its end strength numbers. The end strength by Sept. 30 was 486,490 soldiers, Lt. Gen. Gary Brito, deputy chief of staff for personnel, said in a statement.

“The emphasis from our leaders at all echelons to meet the needs of our people and care for our soldiers and our families has made the Army a competitive organization for more people – talented people – to join our team,” Brito said.

The Army National Guard’s top general, Lt. Gen. Jon Jensen said Wednesday at a CSIS event that he is not in a position to lobby for more troops but that if Army leaders decided to expand the Guard that he “would accept that mission immediately.”