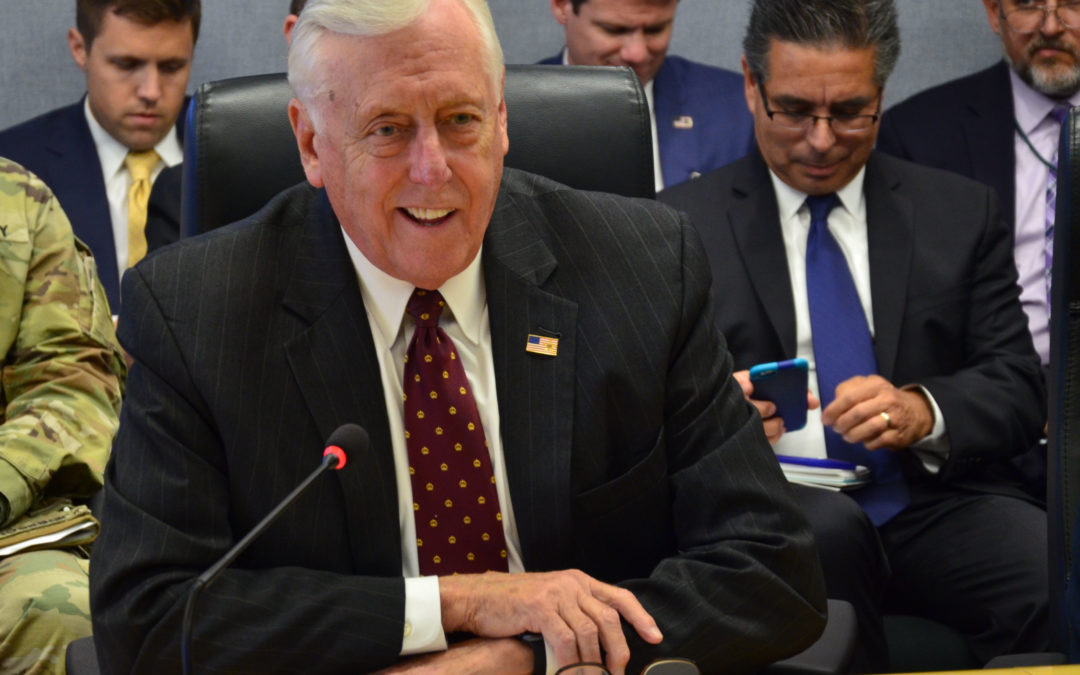 Democratic and Republican lawmakers and the White House reached an agreement “in principle” Thursday that will allow Congress to vote on all 12 annual spending bills for fiscal year 2020, according to news reports.
“It is my hope that we will consider those appropriations bills on the floor on Tuesday; perhaps a series of minibus packages to fund all of government for the remainder of the fiscal year,” House Majority Leader Steny Hoyer (D-Md.) said Thursday afternoon, CQ reported.
Lawmakers want to bundle the bills together but not into one large omnibus bill. President Trump has in the past expressed his dislike for omnibus spending bills.
But Senate Appropriations Committee Chair Richard Shelby (R-Ala.) said he is confident the President will sign the bills, given Treasury Secretary Steven Mnuchin’s role in negotiations.
“I think that we will be fine,” Shelby said, according to CQ. “We feel good with where we are.”
The federal government is operating under a continuing resolution that expires Dec. 20.
Army National Guard photo of Rep. Steny Hoyer by Staff Sgt. Michelle Gonzalez