3,500 from Fort Bragg Headed to Kuwait Amid Tension with Iran 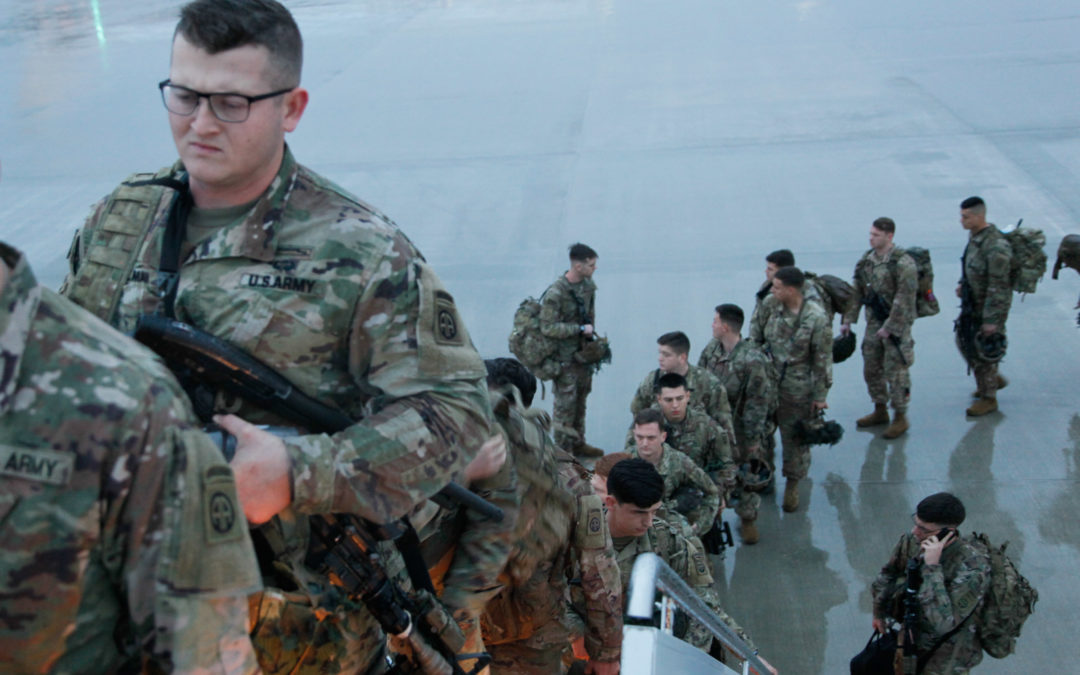 About 3,500 paratroopers from the 82nd Airborne Division at Fort Bragg, N.C., are headed to the Middle East after a U.S. airstrike killed Iranian general Qasem Soleimani.
“[T]he mood around the sprawling installation… has turned serious,” the Fayetteville Observer reported. “This is the first short-notice combat deployment for the 82nd… since the invasion of Panama in 1989.”
Defense Secretary Mark Esper said last week that the 82nd got the orders “because they maintain an 18-hour readiness status. It’s unique in our military, so that’s why them.”
The newspaper talked to a local barber with an employee who shipped out and who has other customers likely to deploy, which he said could hurt business.
“I’ve seen the effects when these guys are gone, especially in large quantities,” he said.
Army photo of Jan. 4 deployments by Spc. Hubert Delany III