Iran Attacks U.S. Bases in Iraq; Trump: ‘All Is Fine!’ 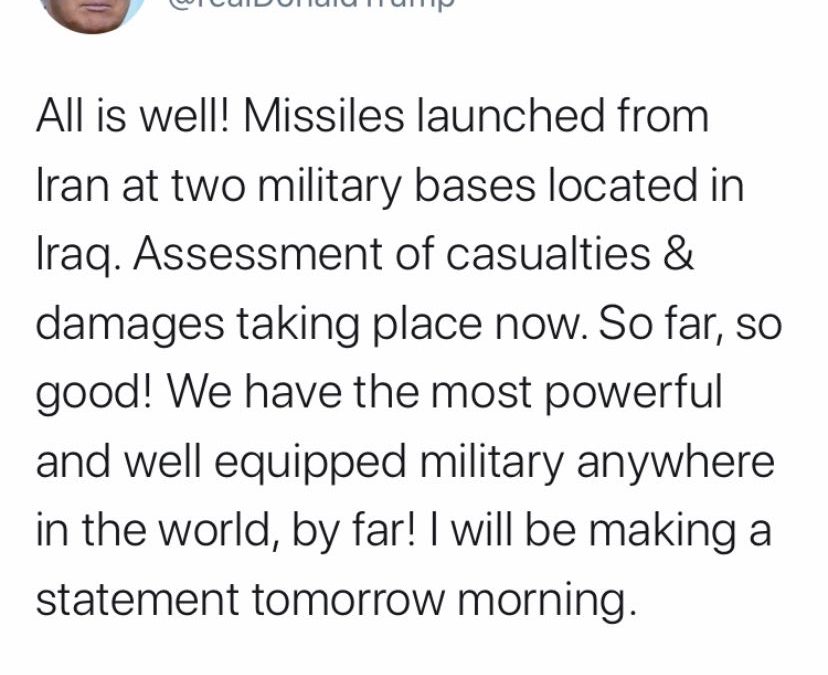 It was not clear early Wednesday whether the U.S. will send additional troops to the Middle East after Iran fired missiles at two U.S. military bases in following the U.S. killing of Iranian Gen. Qassem Soleimani over the weekend.
In the hours after Iran’s strikes, there were mixed signals about whether President Donald Trump would address the nation and escalate tensions. He instead said via Twitter that the strikes were not as bad as they could have been and that a more detailed damage assessment was under way.
“All is fine!” his tweet began. “Missiles launched from Iran at two military bases located in Iraq. Assessment of casualties & damages taking place now. So far, so good! We have the most powerful and well-equipped military anywhere in the world, by far! I will be making a statement [Wednesday] morning.”