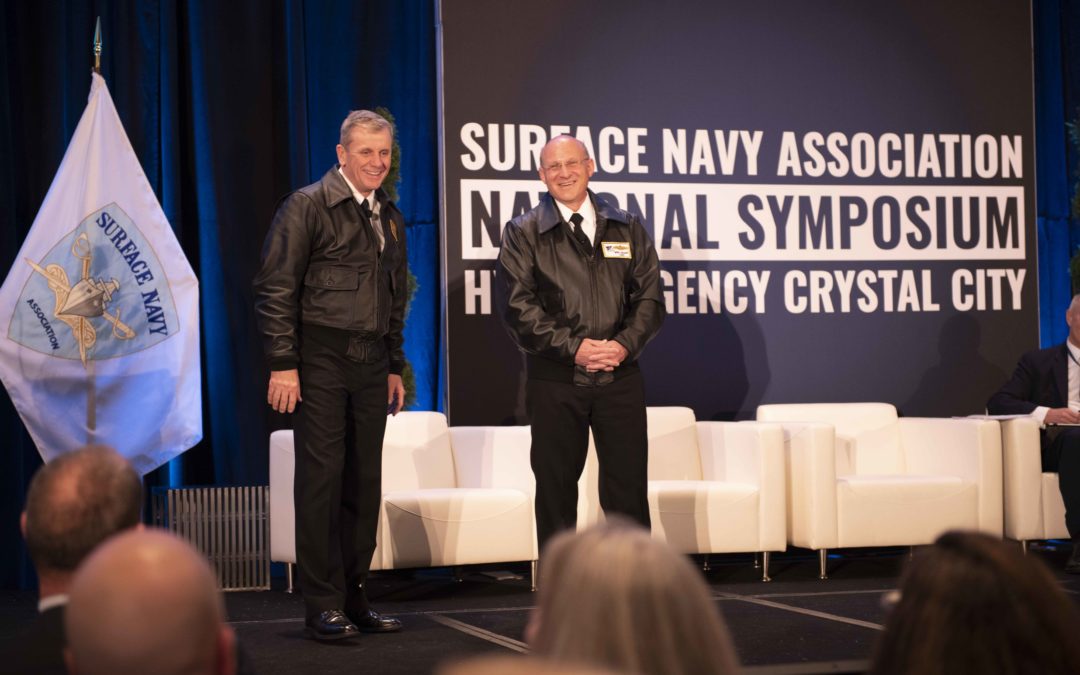 The Navy needs a bigger piece of the Pentagon budget to implement the defense strategy, its top leaders said this week, according to Defense News.
“In the 1980s, the Navy’s percentage of the DOD budget was 38 percent,” Adm. Michael Gilday, the chief of naval operations, told the Surface Navy Association symposium Tuesday. “Right now, it’s 34. So I think historically I have a case to make.”
Gilday said the cost of the new Columbia-class ballistic missile submarine is eating into the shipbuilding budget.
Acting Navy Secretary Thomas Modly made similar remarks this week in an interview with Defense News, saying the service has “to make a lot of trades” that aren’t easy.
“But we hear the president. It’s what he wants, it’s what Congress wants, and it’s what we want as well.”
Navy photo of Adm. Michael Gilday, right, by Mass Communication Specialist 2nd Class Brent Pyfrom