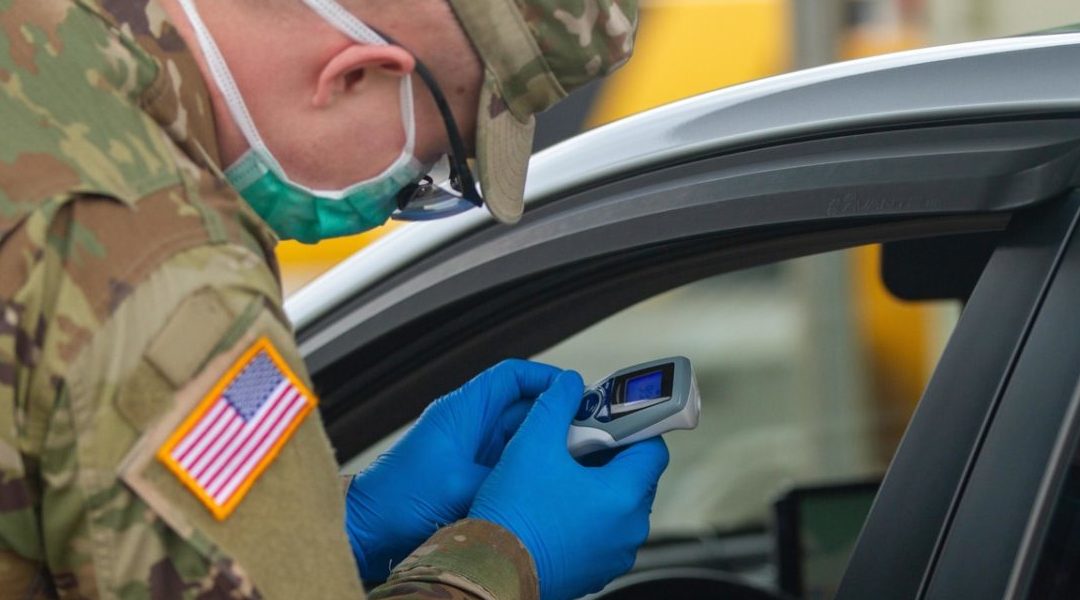 -The Pentagon signed a memorandum over the weekend halting all domestic travel for U.S. service members. This includes permanent change of station (PCS) moves and temporary duty travel. The restrictions are planned to span from March 16 to May 11. Service members will be allowed local leave only.

-The Center for Disease Control (CDC) is urging the cancellation of any event with over 50 people for a duration of at least eight weeks to stem the spread of coronavirus, CQ reported.

-A sailor aboard the USS Boxer was tested as “presumptive positive” for COVID-19 after military family members visited the ship at sea. The USS Boxer is currently at port in San Diego.

-Military commissary officials are responding to increased demand. Military Police were called Friday to handle crowd control at Fort Hamilton, Military.com reports. “What we’re experiencing today is unprecedented shopping,” said Richard Brink, Defense Commissary Agency (DeCA) spokesman. “Our message to customers is to try to shop while considering others so there’s product available for as many people as possible.”

-Governor Larry Hogan of Maryland activated 1,000 National Guard soldiers and airmen are fully activated, another 1,200 guardsmen are currently in a state of enhanced readiness. The governor is also planning to reopen closed hospitals across the state to add an additional 6,000 beds. Finally the governor has opened interstate reciprocity for medical licenses.

-According to Keith Graf, Executive Director of the Texas Military Preparedness Commission at Office of the Governor, all non-essential state travel in Texas has been cancelled. Additionally, military spouses that have recently moved to Texas will have license reciprocity to begin practicing in Texas immediately. Graf also says that USAID will be contributing $1 million to the COVID-19 response effort.

-In Virginia, military drills are beginning to get cancelled due outbreak containment. Mike Coleman, Virginia Military Liaison for the The Secretary of Veterans and Defense Affairs, says cancelling drills for two months, especially for reserve members could have a significant financial impact. “For low-ranking individual this is a significant part of pay,” Coleman said.