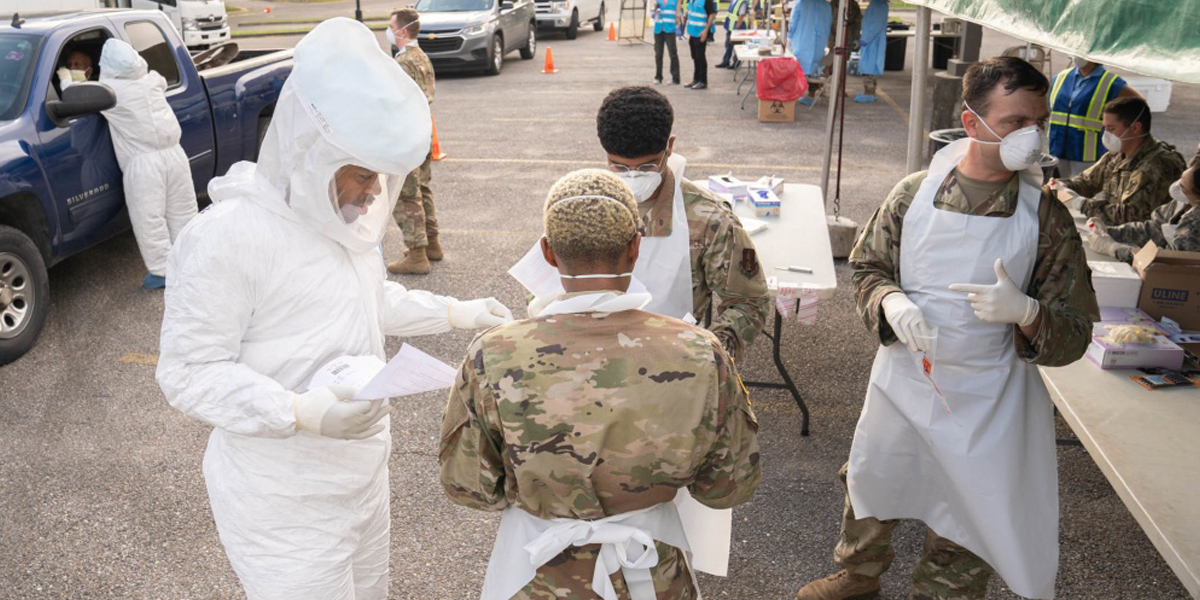 As of Sunday the New York Times reports that positive coronavirus cases have topped 31,700 in the United States, with approximately 200 related deaths from the virus. Meanwhile U.S. Military services cases of COVID-19 have increased 31 percent since Thursday, reports Military Times. There are 67 service members who have tested positive for coronavirus, along with 15 DOD civilians, 26 dependents and 16 contractors.

In a press conference on Sunday, President Donald Trump announced that states will not have to pay for the deployment of National Guard troops, “Through FEMA, the federal government will be funding 100 percent of the cost of deploying National Guard units to carry out approved missions to stop the virus, while those governors remain in command,” said the President, according to the New York Times.

Trump also announced that the United States will close its southern borders with Mexico to all “non-essential” travel to contain the spread of coronavirus, CQ reports.

U.S. Central Command has issued a “stop movement” order for any U.S. forces traveling in or out of the Middle East, including Iraq and Afghanistan, Defense One reports. CENTCOM officials said that troops must quarantine for 14 days before deployment, “regardless of where they are coming from.”

Federal News Network reports that the Office of Management and Budget is requesting that funding to assist federal agencies with telework operations be an integral part of the White House’s $45.8 billion request to Congress.

Guidance issued by the Cybersecurity and Infrastructure Agency instructs defense contractors employed by companies that are “essential to continued critical infrastructure viability,” must continue working despite the COVID-19 outbreak, CQ reports.