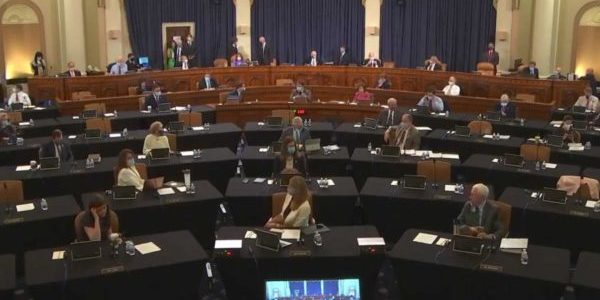 Before the bill’s passing, the Office of Management and Budget released a Statement of Administration Policy outlining 33 provisions of which the White House “strongly objects.” This includes a bipartisan provision for renaming military installations honoring Confederate War leaders and a provision limiting the Defense Department’s capacity to approve emergency military construction projects. The latter of which is in contention to the White House’s push to use these funds for the Mexican border wall construction.

Rejected amendments included a provision pushed forward by Wisconsin Rep. Mark Pocan which proposed cutting funds in the bill by 10 percent. An amendment by Minnesota Rep. Ilhan Omar which proposed an accelerated withdrawal from Afghanistan was also rejected.

The bill will now go to the Senate’s conference committee and its bill (S 4049) is expected to be voted on this week.