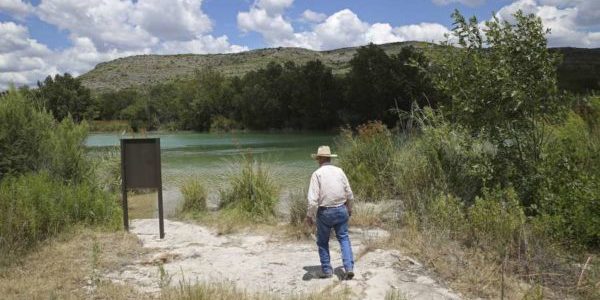 A new plan by a Chinese billionaire to build a large wind farm is causing a stir in Val Verde County Texas, Chron.com reports.

The first grievance against Sun Guangxim is by local landowners who say a “huge” wind farm will have a significant environmental and economic impact.

“It’s a total crisis. We depend on ecotourism. The turbines will affect the deer. They kill birds. And we’re on the flyway for the monarch butterflies,” said Alice Ball Strunk to the San Antonio Express-News.

The other conflict to the wind farm may come from the Department of Defense.

The article in Chron cites that the wind farm plan may affect flight training missions at the nearby military installation, Laughlin AFB in nearby Del Rio.

“My position, and probably the county’s, is that if it affects Laughlin Air Force Base, and hampers their ability to perform their mission, we are going to oppose it,” said County Commissioner Beau Nettleton.