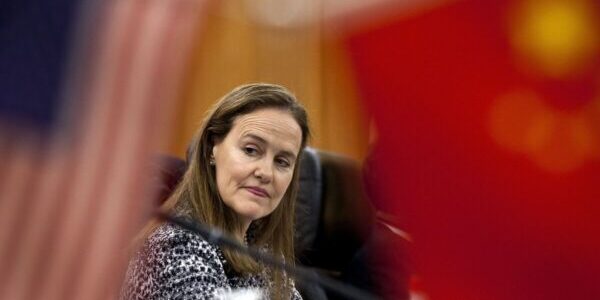 In a letter to Politico’s Morning D, a group of military advocacy groups endorsed former Michèle Flournoy as President-elect Joe Biden’s pick for Secretary of Defense.

Flournoy served as the Under Secretary of Defense for Policy from February 2009 to February 2012.

“We appreciate her undisputed expertise on a wide variety of subjects at the Defense Department, and we appreciate her deep commitment to America’s troops and their families. We particularly appreciate that she is a member of a military family herself,” they told Morning D in a statement. They referred to her previous Pentagon experience and founding of the Center for a New American Security, and urged a “speedy confirmation process.”

The statement was issued by the American Red Cross Service to the Armed Forces; America’s Warrior Partnership; Blue Star Families; the Bush Institute; Disabled American Veterans; the Elizabeth Dole Foundation; Iraq and Afghanistan Veterans of America; the Institute for Veterans and Military Families; SEAL Kids; The Mission Continues; and the Tragedy Assistance Program, or TAPS.