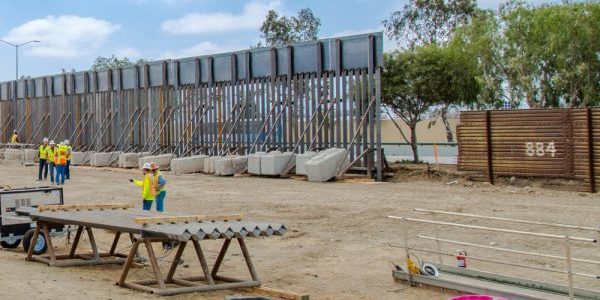 An executive order by President Biden to cancel former President Trump’s national emergency declaration (which diverted $3.6 billion to fund the border wall) has prompted legislators to urge the Pentagon to reinstitute the funds to stalled military installation projects around the country, Military.com reports.

According to McClatchy, of the $3.6 billion which was supposed to be allocated towards the border wall, only $922 million has been spent thus far. The remaining $2.67 million has still yet to be spent or has not been designated for a specific border wall project.

Members of the House and Senate Armed Services and Appropriations committees recently contacted the Department of Defense and U.S. Army Corps of Engineers to request the funds be returned to the original intended project.

Funding for 16 projects, ranging from a new missile field in Alaska to a new Marine Corps battalion complex at Camp Lejeune in North Carolina, have yet to be restored.

“The Armed Services Committees along with our Appropriations colleagues work with the Department of Defense and the Army Corps of Engineers to understand how they are conducting the review required by the Executive Order, what the path forward is and if they need any authority, reprogramming approval, or other action from Congress to restore funding to the original authorized military construction projects,” Smith wrote.