The Biden Defense Budget: What Happens Next 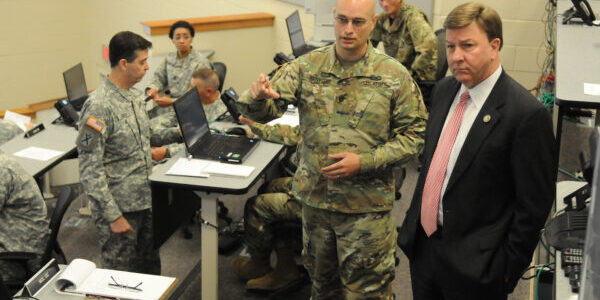 Prominent Republicans on the armed services committees say the $715 billion defense spending level is too low.

“I don’t believe for a second this is the number that the secretary of defense believes we need, [or] the deputy secretary,” Rep. Mike Rogers (R-Ala), the top Republican on the House Armed Services Committee, told Politico. “They’ve got their number from the White House, and they’re having to try to put lipstick on a pig.”

Defense Secretary Lloyd Austin defended the topline budget figure in testimony last week, but Rogers predicted the defense topline will go up, even as many progressives want to shrink the military budget in favor of domestic spending.

Appropriations season will get into full swing over the summer. Lawmakers have a tight deadline to complete all 14 annual spending bills in both chambers before the fiscal year ends Sept. 30. Some are already discussing whether a continuing resolution will be needed to fund some agencies into the first part of the new fiscal year.

Stay tuned to On Base for more coverage and analysis of the fiscal year 2022 budget.