DOD Will ‘Do Our Part’ in Biden’s New Anti-Extremism Policy, Austin Says 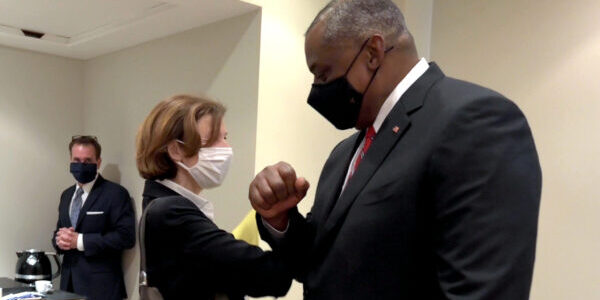 Ongoing efforts to understand and root out domestic extremism in the military is now part of a government-wide strategy to counter domestic terrorism, “a comprehensive approach to addressing the threat while safeguarding bedrock American civil rights and civil liberties – values that make us who we are as a nation,” as the strategy document’s introduction states.

DOD leaders are looking at “quite literally how they define ‘extremism’ for these purposes,” an unnamed senior administration official told reporters. An official also said that DOD will provide training to separating service members who might be recruitment targets for extremist groups.

Austin called the strategy – which is based on an intelligence review provided to Congress in March – a “milestone.”

“While domestic law enforcement agencies take the lead, the Department of Defense will do our part to support this important strategy,” Austin said in a statement. “That includes maintaining the department’s robust relationship with federal law enforcement as well as refining our policies to better address this issue within the Department.”