by ADC | Jun 1, 2021 | Mission Support/Community Partnerships, On Base 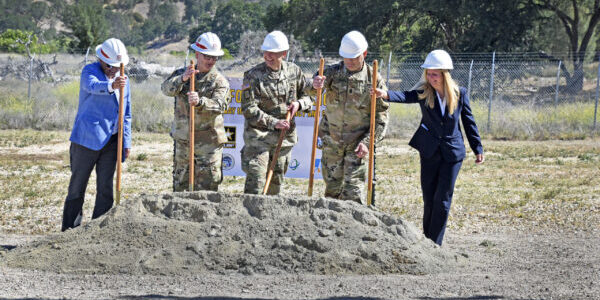 Fort Hunter Liggett, Californian has broken ground on a $21.6 million electrical microgrid, putting it on track to achieve Net Zero for critical operations by 2022, the first Army installation to achieve that, according to a DOD story. “Although we’re an Army Reserve installation, we see a lot of activity from the active Army, Navy, Special Warfare Group, and it’s critical that we’re able to continue to provide this platform to all these units that train here,” Garrison Commander Col. Charles Bell said….

Fort Bragg, North Carolina has re-opened its Smith Beach to military families for the first time since Hurricane Matthew hit the installation five years ago, CBS 17 reported. “We’re excited to get in those paddle boats. I’ve never seen another facility like this,” one military spouse said.