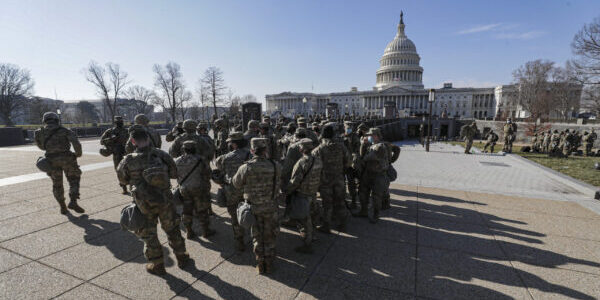 Reps. Cheri Bustos (R-Ill.) and Steve Womack (R-Ark.) now have 66 of their colleagues’ signatures on a letter urging House and Senate leaders to push legislation reimbursing the National Guard for the $521 billion it spent patrolling the Capitol complex from January through May.

“Without immediate action, the brave volunteers of our National Guard will suffer, and the National Guard Bureau estimates its readiness will decrease by 15 to 20%,” they wrote in the letter, which is signed by members across the political spectrum.

“Throughout the first seven months of 2021, the nation faced unexpected emergencies demanding robust federal responses,” they wrote. “As you continue to negotiate a deal to provide emergency appropriations to address these crises, we urge you to resolve the budget shortfall of the National Guard.”

Defense Secretary Lloyd Austin and other Pentagon leaders have told Congress that without reimbursement, the Guard will have to cancel its upcoming training and other activities, potentially impacting readiness. Without the trainings, thousands of Guard members will not get enough service time to count the year toward military retirement, the lawmakers wrote.