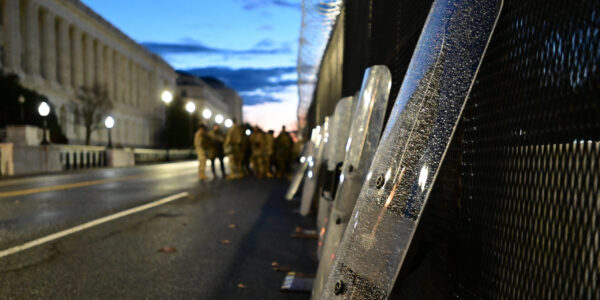 The U.S. Capitol Police are reinstalling temporary fencing around the Capitol building ahead of a planned right-wing protest Saturday. The protest organizers have said the “Justice for J6” rally will support those accused of breaching the Capitol Jan. 6, which they and some conservative lawmakers feel have been treated unfairly.

The Capitol Police board on Monday authorized increased security and a temporary order allowing the police to deputize outside law enforcement if needed for backup, according to The Hill.

But as of Monday, there had been no request for National Guard members to be on standby, according to the report.

“We maintain constant interagency communication, certainly have since the 6th of January for sure, and I expect that that communication will continue,” Pentagon Press Secretary John Kirby told reporters Monday. “But I’m not aware of any specific requests or specific communications right now.”

Guard members were at the Capitol by the evening of Jan. 6 and patrolled the Capitol complex for months.