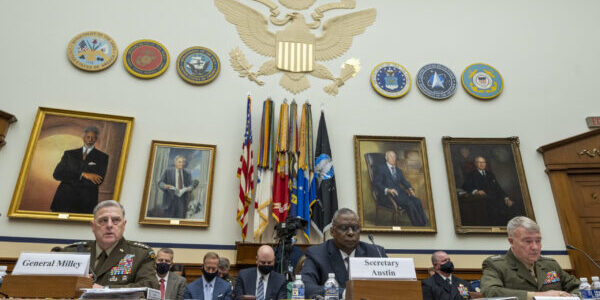 Joint Chiefs Chair Gen. Mark Milley and Central Command head Kenneth McKenzie told lawmakers during two days of tense testimony that they had recommended that President Joe Biden keep a small number of troops in Afghanistan beyond the withdrawal deadline.

Milley and McKenzie both said they recommended that 2,500 service members stay behind to secure the area and support the Afghan military. Milley even said he thought troops could stay there “indefinitely.”

The views appear to contradict comments Biden made to ABC News before the withdrawal that no top generals advised maintaining a military presence in Afghanistan.

“Either the president lied to the American people, or he legitimately cannot remember the counsel of his top military advisors in winding down the longest war in American history, or you have not been fully accurate under oath,” Rep. Mike Johnson (R-La.) told the three leaders Wednesday, as The Hill noted.

The White House and some Biden backers, including House Armed Services Committee Chair Adam Smith (D-Wash.), have said Biden’s ABC News comments have been taken out of context, noting that he also said during the interview that his military advisors were “split” over the withdrawal.

“I want to remind everybody that the decision the president made was to stop fighting a war that after 20 years it was proven we could not win,” Smith said at Wednesday’s hearing. “There was no easy way to do that.”