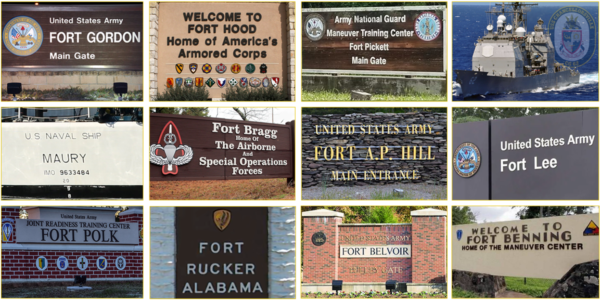 The commission tasked with renaming DOD facilities named after Confederate leaders is “determined to gain feedback and insight from every concerned citizen to ensure the best names are recommended,” it said on its website. “To accomplish this monumental task, we are engaging with local, city, state and federal leaders and communities.”

The commission, established by Congress, launched a feedback form anyone can use to offer recommendations.

“The names of our military installations should appropriately reflect the courage, values, sacrifices and diversity of our military men and women, with consideration given to the local or regional significance of names and their potential to inspire and motivate our service members,” the form says before asking for new name suggestions and optional justifications.