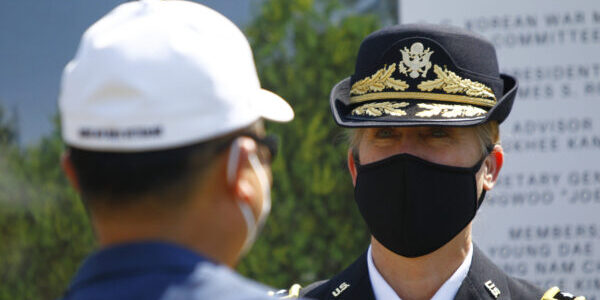 Maj. Gen. Laura Yeager said at the Association of the U.S. Army conference that in some ways the troops she commands in the California National Guard’s 40th Infantry Division have been “a victim of our own success,” according to Army Times.

“The governor knows that when there’s a problem he can’t solve, he can come to the National Guard, and we’ll get it done,” she said.

Yeager and other Guard leaders said that some missions have lasted longer than normal in the past year and a half as the federal government has paid 100% of pandemic-connected Guard costs, meaning the states have no “skin in the game.”

That has also led some governors to order missions that observers argue are political in nature.

“What may be described as a political decision can also be described as a security decision, depending on where you sit on [an] issue,” said Lt. Gen. Jon Jensen, director of the Army National Guard. “So what we look at is, whoever’s making the decision — are they making the decision within their authority, [and] is it a legal order?… If the answers to that are all yes, then obviously we need to go to the mission.”