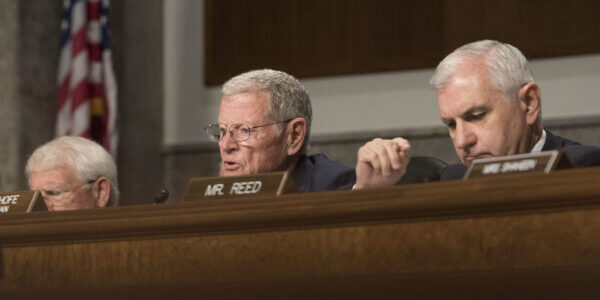 Senate Republicans blocked procedural advancement of the National Defense Authorization Act Monday night, continuing a pre-Thanksgiving stalemate that raises questions about whether Congress can pass the bill before the end of the year, as it has done for 60 years.

But now Republicans, including Inhofe and Minority Leader Mitch McConnell (R-Ky.), say Democrats are trying to rush the bill after waiting months from the committee’s passage and should consider more of the hundreds of amendments that have been filed.

“Sen. Schumer wants to jam it through the Senate without adequate consideration,” Inhofe said Monday.

The House has passed its version of the bill and is waiting to go to conference committee, where the chairs and ranking members of the two Armed Services committees will likely take the lead to hammer out differences between the two chambers’ bills.