The Latest on DOD’s Vaccine Push 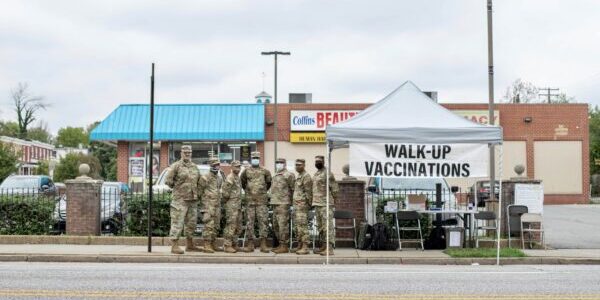 The Biden administration announced Thursday that federal contractors now have until Jan. 4 to get their workforces fully vaccinated. That’s almost a month later than the original deadline….

The Navy is 99.4% vaccinated, and the Marine Corps is almost 95% vaccinated, Navy Secretary Carlos Del Toro said Thursday at the Aspen Security Forum….

The Air Force issued about 1,800 exemptions for airmen and Guardians who refused the COVID-19 vaccine for medical reasons ahead of the Nov. 2 deadline. It is also considering more than 5,000 religious exemptions. About 97% of active duty airmen and Guardians met the deadline to be fully vaccinated or have started the vaccine regimen. Only about 800 members of the service flat-out refused to take the shots. Defense One has all the numbers….

Several Senate Republicans are pushing an amendment to the defense authorization bill that would prohibit the military services from giving dishonorable discharges to service members who don’t get the vaccine or an exemption. Sen. Roger Marshall (R-Kan.) told Fox News Thursday that DOD is “bullying” troops….