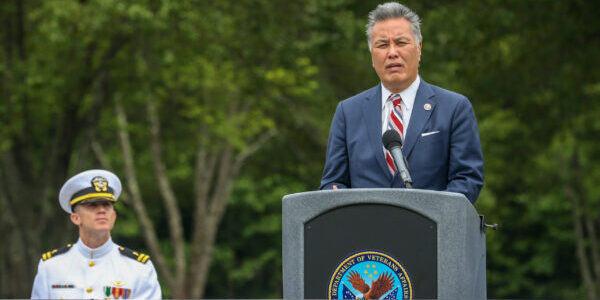 The House passed a bill Thursday that would automatically enroll eligible veterans in VA health care programs when they leave the military. Currently, veterans have to proactively enroll in coverage.

“This helps simplify the process and prevents veterans from potentially missing out on life-saving care,” said the bill’s sponsor, Veterans Affairs Committee Chair Mark Takano (D-Calif.). “It also keeps veterans from having to opt-in to VA care later and attempt to navigate a new bureaucracy on their own.”

The bill, which would not change VA eligibility requirements, could impact about 58,000 veterans each year who may not otherwise sign up for VA health benefits despite being eligible, according to the Congressional Budget Office, which estimated the bill would cost $3.1 billion over the next five years.

Forty-four Republicans joined Democrats to pass the bill, with others raising questions about the cost.

The White House has also raised concerns about implementation but supports the goal of seamless enrollment, Military.com reported.