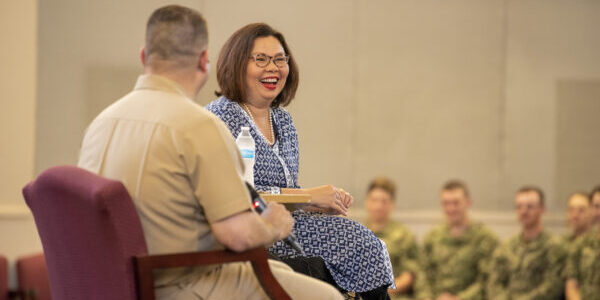 Sen. Tammy Duckworth (D-Ill.) planned to introduce legislation Thursday that would codify climate goals being rolled out by DOD and the military services, she told Military.com. The Pentagon’s strategies should not be dependent on who is the next secretary of defense, she said.

“We don’t want a project to get underway and then for it to wane,” said Duckworth, a member of the Senate Armed Services Committee. “One of the things that needs to happen in order for the pivot away from fossil fuels to be effective is a long-term investment.”

The climate adaptation goals set in Duckworth’s bill largely line up with those the services are announcing. The Army and Navy have announced plans to drastically reduce greenhouse gases by 2030 and reach net-zero emissions by 2050.