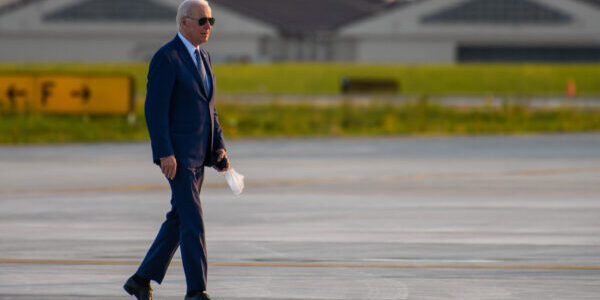 President Biden announced Tuesday that the U.S. would send more humanitarian aid and weapons systems to Ukraine to help them fight back against Russia’s invasion.

“[W]e will provide the Ukrainians with more advanced rocket systems and munitions that will enable them to more precisely strike key targets on the battlefield in Ukraine,” he wrote in a New York Times op-ed published online Tuesday.

Biden reiterated that the U.S. and NATO will not directly engage against Russian President Vladimir Putin or his military.

“As much as I disagree with Mr. Putin, and find his actions an outrage, the United States will not try to bring about his ouster in Moscow,” Biden wrote. “So long as the United States or our allies are not attacked, we will not be directly engaged in this conflict, either by sending American troops to fight in Ukraine or by attacking Russian forces.”

He said there is still hope that the conflict, now four months old, can be resolved diplomatically and that until then, “Americans will stay the course with the Ukrainian people because we understand that freedom is not free,” Biden wrote.