by ADC | Jul 26, 2022 | Climate, In Our Communities, Mission Support/Community Partnerships, On Base, Russia-Ukraine 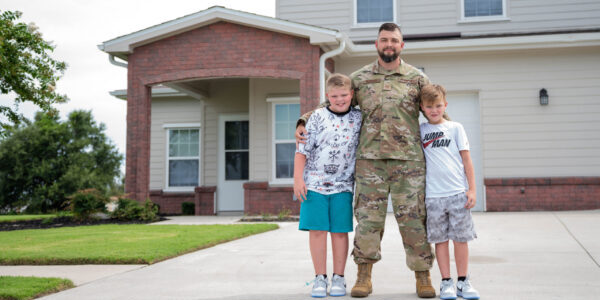 Airmen at Tyndall Air Force Base, Florida will be able to move into new homes starting this month, after a $42 million housing rebuild that started after Hurricane Michael devastated the base. The storm caused $280 million in damages to housing alone, according to a Tyndall news story….

The relocation of Cyber Command to Fort Gordon, Georgia will lead to a population growth of more than 6,000 people in seven counties in Georgia and South Carolina, the Post and Courier reported. The data is based on a draft regional growth management plan that outlines the anticipated housing, education, health care, utility and other needs to accommodate the growth….

After training at Fort Bliss, Texas, 140 New York Guard soldiers will deploy to Germany to train Ukrainian forces, Military Times reported. They will replace Florida Guard members who deployed on the mission in November.