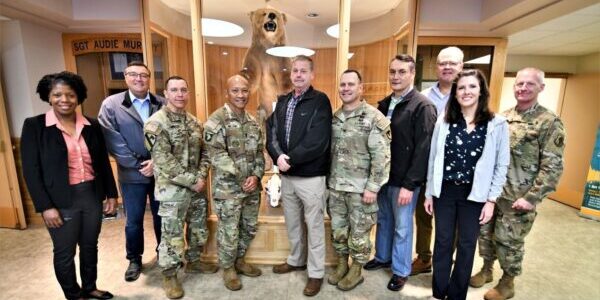 DOD is speeding up its timeline for defueling the Red Hill storage facility at Joint Base Pearl Harbor-Hickam, Hawaii, it announced in a news story. It now projects the process will be finished by June 2024 instead of its earlier target of December 2024. “[W]e will continually refine and improve this plan and keep stakeholders and the community informed throughout the process. Every action we take must protect the environment and the community,” said Rear Adm. Steve Barnett, commander of Navy Region Hawaii….

A group of Army leaders visited Fort Wainwright, Alaska and Joint Base Elmendorf-Richardson, Alaska to see ongoing quality of life improvements aimed partially at raising morale and lowering the suicide rate of soldiers stationed in Alaska. “This visit will help us further accelerate many of the ongoing and future improvements we have planned for Alaska,” said J. Randall Robinson, the senior civilian and Executive Deputy to the Commanding General of U.S. Army Installation Management Command, according to an Army story. “Not just by the Army, but also the Air Force and Department of Defense.”…

What’s happening in your community?