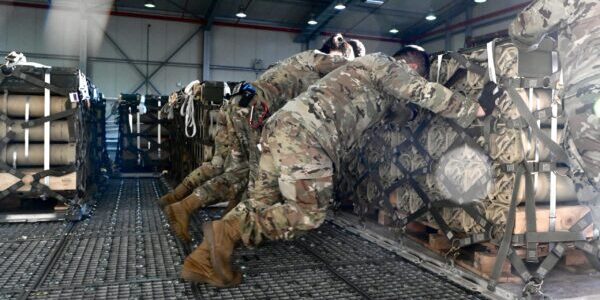 “The American people are tired of the neoconservative policy consensus that demands billions of their tax dollars be spent to defend the integrity of Ukraine’s border when resources and stewardship cannot be found to address our own,” said Russ Vought, president of the Center for Renewing America and a former Trump budget official. “This new package will prolong a fight that lacks an American dog, allowing regional allies to shirk their security responsibilities yet again.”

“It’s certainly in all of our interests… to bring this unprovoked invasion to some type of solution,” Army Chief of Staff Gen. James McConville said Monday. “I think most people recognize that.”

Seven in 10 American wanted to send more weapons and military supplies to Ukraine in a July poll by the Chicago Council on Global Affairs, Defense One noted.