Hill Leadership Update: McCarthy Gets GOP Backing but No Speaker Gavel Yet 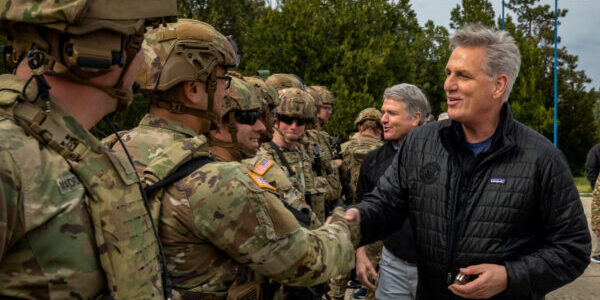 The House Republican Conference voted Tuesday to nominate House Minority Leader Kevin McCarthy (R-Calif.) as House speaker when the new Congress convenes, but 31 of his fellow Republicans voted against him in the secret vote, as Reuters reported. With the growing likelihood that Republicans will have a very narrow majority in the House when the Jan. 3 speaker vote is taken, McCarthy will need almost all of his Republican colleagues’ votes to get the gavel.

The House Democratic Caucus is waiting until after Thanksgiving to elect its nominee for speaker or party leader, in part to allow current Speaker Nancy Pelosi (D-Calif.) to weigh decisions about her future. Pelosi was re-elected to her 19th congressional term. But since the pre-election attack on her husband in their San Francisco home, she has not said whether she will seek another two years leading the caucus.