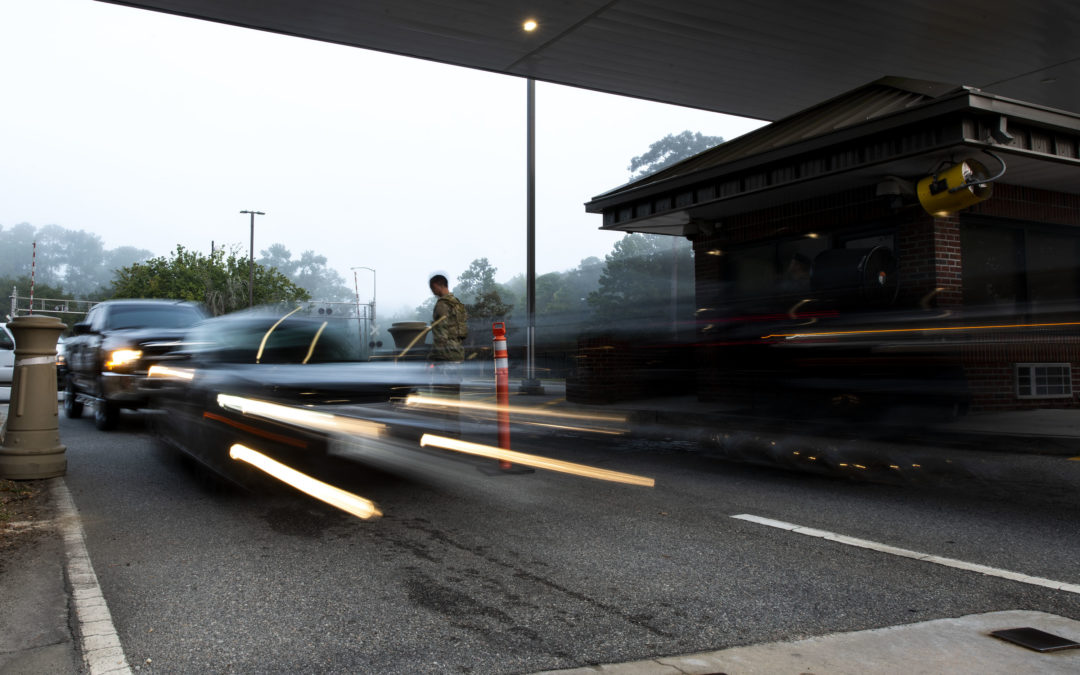 DOD is bringing 5G to installations in a measured way instead of letting the rollout get “unwieldy and potentially pricey,” an Army official said.
“The opportunities at posts, camps and stations are boundless,” Maj. Gen. David Isaacson, the Army’s director of networks, services and strategy, said in an interview with C4ISRNET. “I think it’s going to be successful because of the partnership with our industry partners.”
Isaacson described ways 5G will enhance training simulations but also outlined practical applications.
“There’s also the physical security component, the way that posts, camps and stations physically protect the gates,” he said. “There’s an opportunity to automate much of that capacity.”
Air Force photo from Moody Air Force Base, Ga., by Senior Airman Erick Requadt