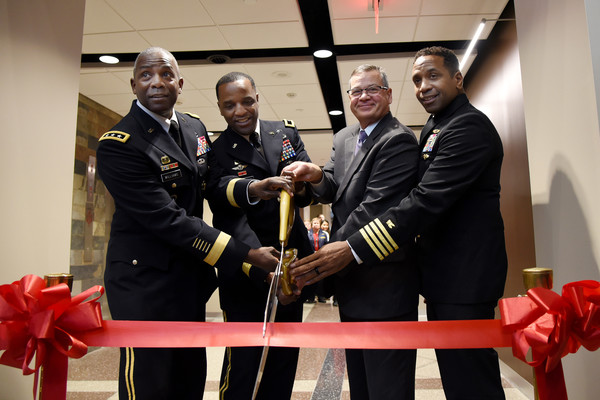 The Defense Logistics Agency Troop Support celebrated the opening of its new headquarters building in Philadelphia, a project that has been in the works for almost a decade, according to a press release. “You now have a 21st century building to go along with the 21st century support you provide,” DLA Director Army. Lt. Gen. Darrell Williams told service members and community leaders….
Housing at Fort Bragg, N.C., is getting an upgrade as part of Corvias’ $325 million capital investment in its Army portfolio, the company said in a press release….
The state of Massachusetts has proposed new regulations on allowable PFAS levels, The Cape Cod Times reported. Martin Suuberg, commissioner of the state Department of Environmental Protection, said the new standards are “a step forward.”
Navy photo from Defense Logistics Agency by Mass Communication Specialist 2nd Class Anthony Flynn