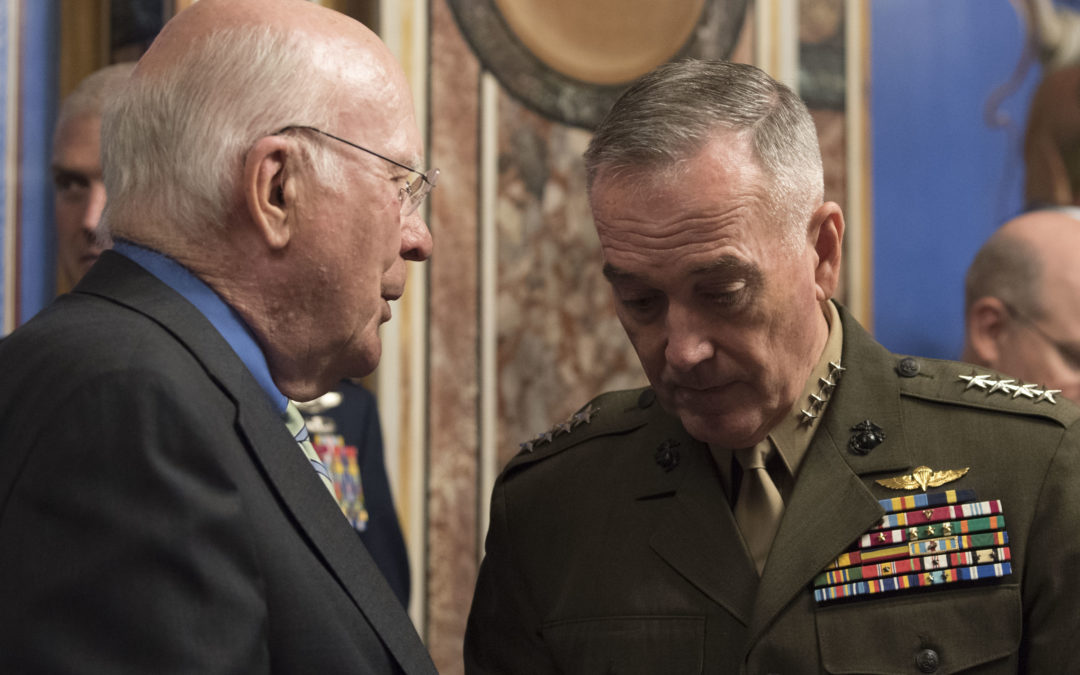 House and Senate appropriators are trying to settle differences over the next few days in an attempt to pass all 12 annual appropriations bills by Dec. 20, when current government spending runs out.
“I’m more enthusiastic than I was a couple of days ago,” said the Senate Appropriations Committee’s top Democrat, Patrick Leahy (Vt.), according to CQ. “We want final negotiations to be done this weekend.”
The committee’s chair, Sen. Richard Shelby (R-Ala.), said he was “more guarded, because we still have the big hurdles, and we haven’t concluded those,” he said, according to CQ. “And they will be the hardest.”
The largest issue is funding for a southern border wall.
House Speaker Nancy Pelosi (D-Calif.) said late Thursday that she doesn’t think anyone wants a government shutdown.
“We’re on a good path” to finish in time, she said at a CNN town hall. “If we’re not, we would just go to a continuing resolution until after Christmas, but I hope we don’t have to do that.”
DOD photo of Sen. Patrick Leahy, left, by Lisa Ferdinando