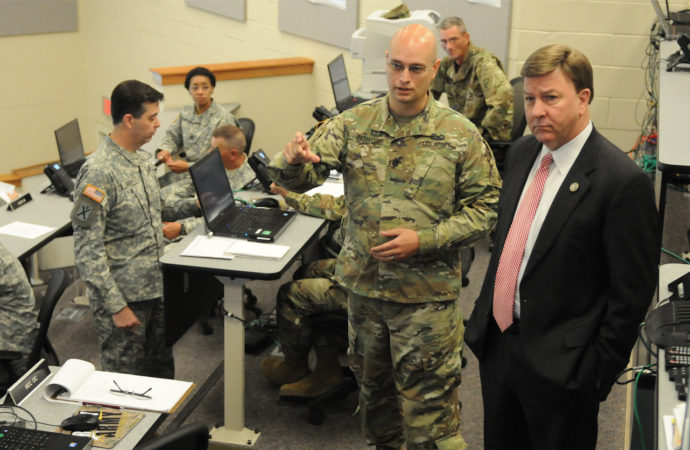 If approved by Congress, a new space force would remain a part of the Air Force for the foreseeable future, one of the force’s top champions in Congress predicted Wednesday.
Rep. Mike Rogers (R-Ala.) said he doesn’t see a need to make it its own service.
“It just depends if it becomes too burdensome for the Department of the Air Force to have two services in there,” Rogers told reporters, Air Force Magazine reported. “That hasn’t proven to be the case in the Department of the Navy [where the Marine Corps is housed], so it may not be the case here.”
The defense policy bill passed by the House and pending in the Senate would establish Space Force, creating a chief of space operations position and giving that person 18 months to establish the force.
Rogers is one of the long-time champions of space force, along with Rep. Jim Cooper (D-Tenn.).
“Focus on space has been bipartisan since the first Pentagon Space Command in 1985, an initiative that was sadly terminated in 2002 when America got distracted by the War on Terror,” Cooper said Wednesday.
National Guard photo of Rep. Mike Rogers by Staff Sgt. Katherine Dowd