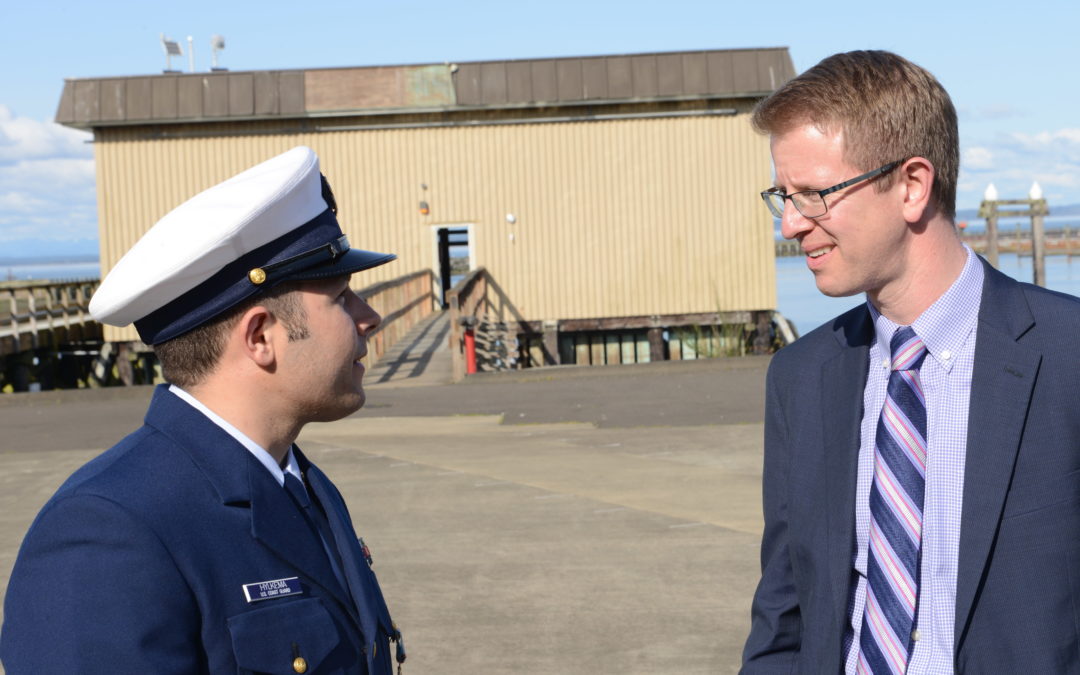 A select committee formed to update House rules may consider re-instating earmarks. The practice was banned after a series of high-profile scandals.
The bipartisan Select Committee on the Modernization of Congress, led by Reps. Derek Kilmer (D-Wash.) and Tom Graves (R-Ga.) is reviewing a wide range of ways to ease Capitol Hill gridlock, including whether lawmakers should take back the power of directing spending to certain projects instead of leaving it to the executive branch.
“There’s this myth out there that presidents don’t do pork,” C. Lawrence Evans, a professor of government at the College of William & Mary, told the committee last week, according to CQ. “So the question is: Do you know your districts better than they do? And I think the answer is yes.”
Coast Guard photo of Rep. Derek Kilmer, right, by Petty Officer 1st Class Levi Read