by ADC | Jun 29, 2020 | Base Redevelopment/ Environmental Cleanup, Congress/DoD, On Base 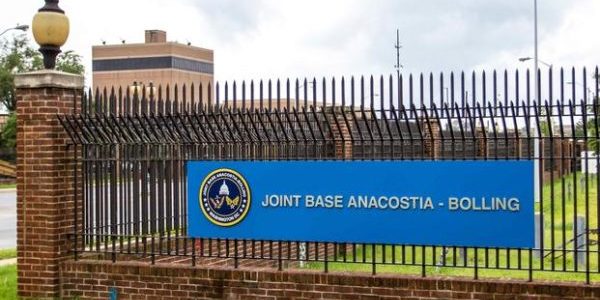 In a signed Memorandum of Agreement on June 24 between Air Force Vice Chief of Staff Gen. Stephen W. Wilson and Vice Chief of Naval Operations Adm. William K. Lescher will transfer the lead responsibility of Joint Base Anacostia-Bolling (JBAB), Washington, D.C. to the Air Force.

Since it was established in October of 2010 after the 2005 Base Realignment and Closure Commission (BRAC), JBAB has been the responsibility of the U.S. Navy.

The base will remain under the Navy’s authority until October 1, 2020 and will reach full operating capacity by October 2022.

“The memorandum of agreement signature allows the Navy to initiate a resource transfer of more than 900 appropriated and non-appropriated fund civilian positions and $645 million to the Air Force for 11th Wing and mission partner-support requirements,” according to an Air Force press release.

The latest plan calls for relocating the Air Force District of Washington’s 11th Wing, previously assigned to Joint Base Andrews, to JBAB.

“More than half of the mission sets on JBAB fall under the Air Force, so it made sense for us to assume the responsibility for prioritizing installation and mission-support resourcing at the base,” said Gen. Stephen Wilson in a press release.