GAO: Pentagon Needs to act on Climate Risks to Contractors 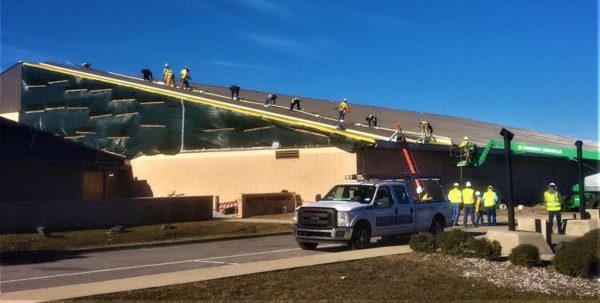 In 2010 the Department of Defense identified climate change as a threat to its installations in operations. A recent study by the U.S. Government and Accountability Office (GAO) highlighted the risk to DoD’s acquisition and supply processes.

“Its supply chain process includes steps to identify and assess potential disruptions, such as severe storms affecting transportation or energy systems, in order to mitigate risk,” wrote GAO in the report summary.

“However, these processes in general do not systematically identify and consider climate-related risks to materiel acquisition and supply or the acquisition of weapon systems, according to Office of the Secretary of Defense (OSD) and military department officials.”

Furthermore the GAO review found that the Pentagon’s guidance on acquisition and supply did not implement the its own climate change directive by taking in consideration the presence of climate change or extreme weather.

With regards to the defense industrial base, GAO also found vulnerabilities in the DoD’s preparedness to climate threats.

“GAO found that the department has not assessed risks—including those associated with climate change or extreme weather—to commercially owned facilities, which can support DOD installations as well as weapon systems, as part of this process.”

The study proposed six recommendation, including, “that DOD incorporate climate adaptation into its acquisition and supply guidance and issue or update guidance on mission assurance-related assessments for commercial facilities.”