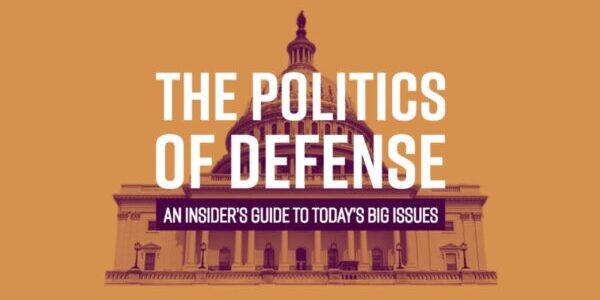 The Association of Defense Communities’ second keynote session, part of its Summit Series, on Oct. 1 discussed issues related to the topic: “The Politics of Defense.”

The conversation started with discussing the 2021 National Defense Authorization Act (NDAA). Ongoing legislative actions are seen to hamper passing of the NDAA (i.e. nomination of a new supreme court justice, the upcoming presidential election this November, and the pressing need to *pass a comprehensive COVID-19 relief package).

Representative Adam Smith said he was “confident” that the House and Senate would come to a compromise to pass the NDAA (passed by the House on July 12).

“Discussions are ongoing,” said Smith. “I am optimistic that we will get the bill passed.”

He touched a few controversial provisions of this year’s NDAA including: the renaming of military bases (currently 10 are named after Confederate generals) and diverting funds from military construction to fund the border wall.

“If we don’t have at least one veto in the bill we’re not doing our job,” said Smith discussing an adage he attributes to Senator Carl Levin. “We can’t get everything we want, it’s a working relationship.”

The conversation then shifted to how the COVID-19 pandemic has affected the service members and military families. “There were a couple of bumps early on,” he said. “DoD has been very responsive issuing PPE and testing equipment they need; they’ve instituted sensible social distance practices and have done a decent job of keeping the disease in control within our ranks.”

Smith also stressed the importance of defense communities; in particular the Defense Community Infrastructure Program (DCIP). “We want to build on DCIP and expand it,” he said

Finally, Smith touched on how a potential Biden presidency could affect the defense budget. He said that a Biden administration would not seek any cuts to the defense budget and disagrees with members of his party calling for cuts up to 20 percent of the DoD’s budget.

The next speaker was Oklahoma Senator James Inhofe.

“When you look at the NDAA, it’s the largest and most popular piece of legislation that comes out every year,” said Inhofe. It’s the 60th consecutive year Congress will pass the annual defense spending bill. Inhofe described that last year the focus was on Russian deterrents, this year the focus will be on Pacific deterrents (e.g. China developing islands in the South China Sea).

Inhofe said the NDAA must be passed by Dec. 31 in order to ensure various types of hardship pay (i.e. hazard pay and flight pay) are delivered to the nation’s service members.

Read additional coverage of the event by The Hill