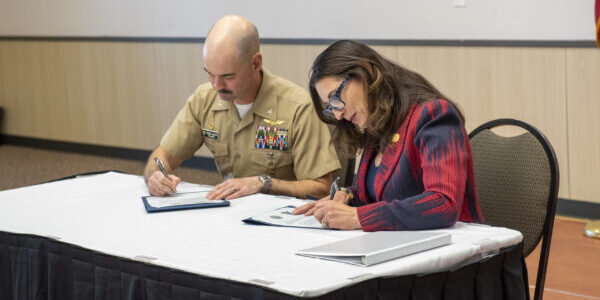 A new partnership between Naval Air Station Corpus Christi, Texas and Nueces County allows the county to provide potable water utility and maintenance at the installation for the next 10 years, according to a Navy story….

The Navy will investigate how about 14,000 gallons of fuel and water leaked from a site near Pearl Harbor, Hawaii. AP reported that there was no contamination of drinking water or the environment….

Anchorage, Alaska will be home to DOD’s Center for Arctic Security Studies, its regional center for the Arctic, Military Times reported….

A solar energy company may develop of a solar farm at the former Sunflower Army Ammunition Plant near De Soto, Kansas, the Shawnee Mission Post reported. A spokesperson for the Kansas City-based Savion LLC said the company is talking with community members to see if the project “is feasible.”