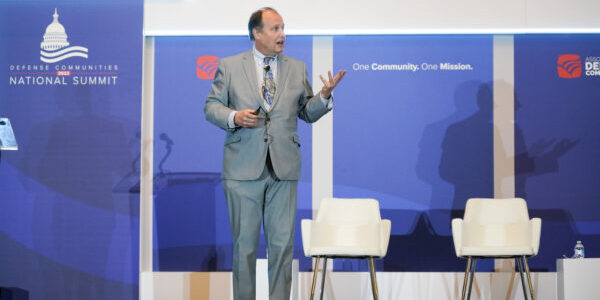 “In the coming days, the Office of Local Defense Community Cooperation will issue an announcement indicating that eligible entities may submit their proposals in support of community infrastructure projects that benefit local installations and provide support to our service members and their families through a competitive Notice of Funding Opportunity. A total of $90,000,000 was appropriated by Congress in support of the program for this year,” OLDCC wrote in a public statement.

The program supports projects that impact both installations and communities. OLDCC Director Patrick O’Brien told the Defense Communities National Summit earlier this year that all funding will be finalized by the end of the fiscal year in September.

Some lawmakers are asking for $100 million for DCIP in the next fiscal year, which starts in October, as On Base reported.

ADC image by Will Noonan