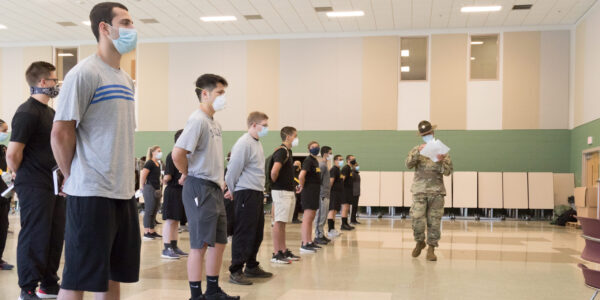 Members of the Senate Armed Services Committee asked Army leaders Thursday about plans to decrease the size of the Army, Stars & Stripes reported. The Army’s fiscal year 2023 budget request would cut the force from 476,000 to 473,000.

Military officials say competition in the post-pandemic labor market is making it tougher to fill the roles.

“We are in a war for talent,” Gen. James McConville, the Army chief of staff, told the committee.

Sen. James Inhofe, the top Republican on the committee, said the recruitment shortage is “more serious than any recruiting challenge that I’ve experienced in the years that I’ve been here.”

McConville said one issue is that the vast majority of Army recruits come from military families.

“We need to attract others, we need to expose others to the benefits of serving their country,” McConville said.