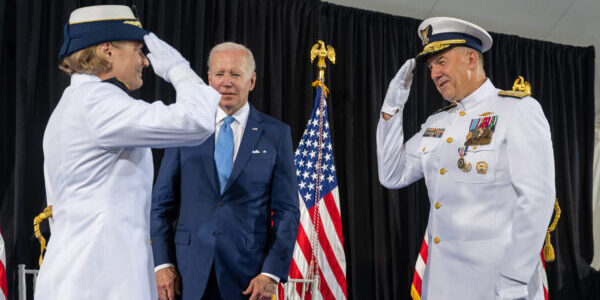 Adm. Linda Fagan was sworn in Wednesday as commandant of the U.S. Coast Guard, making her the first woman to lead a military branch. President Biden, who nominated Fagan, said “it’s about time” a woman was given such a job.

“Secretary of Defense, when he sent me the name, I said, ‘What in the hell took you so long?’” Biden said at the change of command ceremony.

Fagan said after the ceremony that a priority of hers will be ensuring diversity and equity in recruitment.

“Diversity matters,” she told reporters, according to ABC News. “Ideally, we reflect the American society that we serve.”