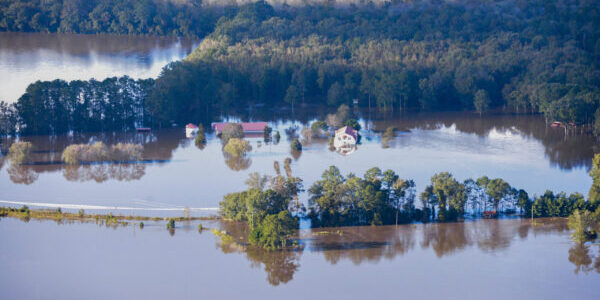 President Biden has stopped short of declaring a national climate emergency, but doing so could trigger military construction projects necessary to ensure resilience on installations, according to a Bloomberg Law report. The declaration would give the Pentagon authority to work on projects Congress hadn’t authorized.

“The paralysis we’re seeing in Congress runs the risk of making ourselves more vulnerable to geopolitical risks from an energy perspective,” said Jason Bordoff, dean of the Columbia Climate School. “So if we can’t get something through Congress soon, executive action may be an increasing recourse.”

The Pentagon would rank projects that are ready to go, Sherri Goodman, former deputy undersecretary of defense for environmental security, said.

“Many projects are in the queue that engineers have been scoping out for many years, because obviously military bases have a lot of older building stock,” Goodman said. “In a perfect world, you’d be upgrading all the time, but there’s only so much money, and there are so many things in the queue.”

Media outlets have said there is discussion within the administration about potentially declaring a national emergency.

“I’m running the traps on the totality of the authority I have,” President Biden told reporters Wednesday. “I will make that decision soon.”