by ADC | Aug 5, 2022 | Congress/DoD, Defense Budget, Installation Innovation, On Base 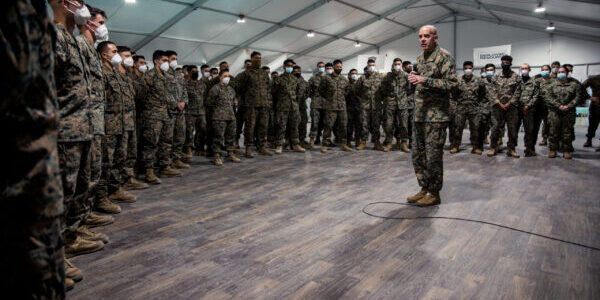 In a report accompanying the fiscal year 2023 spending bill, House appropriators wrote that the committee “supports the ongoing modernization effort and recognizes that such a shift requires substantial adjustments in how the Marine Corps organizes, trains and equips, moving away from traditional platforms in pursuit of a more resilient, forward-deployed posture.”

That bill has not yet been passed by the House.

Language attached to the Senate appropriations bill – which also has not come up for a vote – praised the modernization effort, too.

“In particular, the committee commends the Marine Corps’ budget neutral-approach to Force Design 2030, which serves as an example of disciplined financial management, as well as the Marine Corps’ commitment to a continued campaign of learning.”