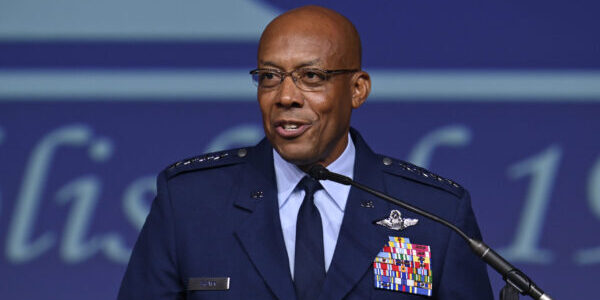 Military families at the “lower end of the pay scale” may get some economic relief through a “potential one-time outlay of money to help support those families to really get them back on track,” Air Force Chief of Staff Gen. Charles Q. Brown Jr. said Wednesday, according to Army Times.

Brown said the idea has been discussed within the Office of the Secretary of Defense “just this past week.”

Brown made the remarks during a panel of senior Air Force and Space Force leaders and their spouses at the Air & Space Forces Association’s Air, Space and Cyber conference.