by ADC | Sep 15, 2022 | Housing, In Our Communities, Mission Support/Community Partnerships, On Base, Water 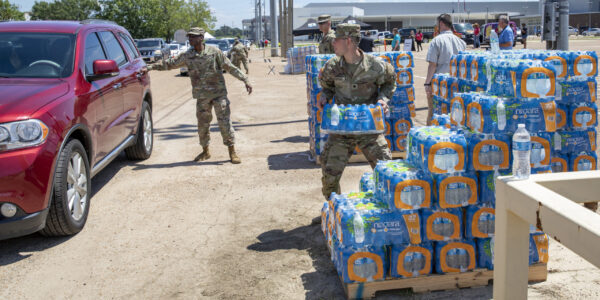 Senior leaders at Fort Stewart-Hunter Army Airfield, Georgia will step up the inspection of barracks after a viral social media post showing what appears to be black mold, according to a press release….

The Mississippi National Guard has been activated to help distribute water in Jackson, where a water crisis continues. “I have had some moms that were really grateful to get the water because they’re like, ‘I don’t know how to make my baby’s milk today,’ and as a mom, that’s a great thing to be able to see that we could help them out,” Army National Guard Sgt. Mikki Peterson said, according to WLBT.