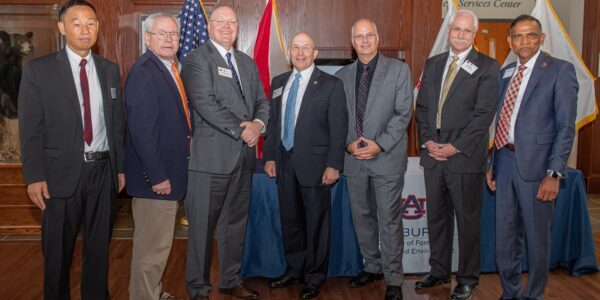 A new intergovernmental service agreement between the Army and Auburn University will help manage natural resources at eight installations, according to an Auburn press release that says it is the first IGSA to cover eight bases. The 10-year agreement allows Auburn to handle such services as forest management, threatened and endangered species surveys, surface water delineations and climate change vulnerability assessments.

“The agreement will ensure the government’s management and diverse uses of the Army’s 1-plus million acres of military lands within these bases are sustained in order to accomplish the Army mission into the future,” said William G. Kidd, director of G4 facilities and logistics at Army Installation Management Command.

The arrangement will also benefit those at Auburn, according to the university’s president, Christopher Roberts, who said it “will elevate the Auburn experience for our students, expand transformative research, provide impactful service and engage faculty from multiple colleges and beyond.”