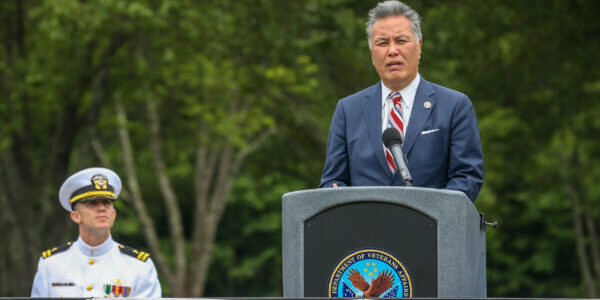 A new report from the majority staff of the House Veterans Affairs Committee, chaired by Rep. Mark Takano (D-Calif.), says veterans, DOD and VA all have a role to play in addressing a rise in veterans’ involvement in domestic violent extremist activity, as Military.com reported.

“Empirical evidence suggests that individuals with military backgrounds have become increasingly involved with violent extremist plots and attacks in recent years,” the committee staff wrote in the report.

The authors say those with a military background are overrepresented in domestic violent extremist crimes since 2015 and at the Jan. 6 Capitol riots. They also stress that the vast majority of veterans are law-abiding citizens.

“Acknowledging the unfortunate reality that violent extremism is a small but growing threat among the U.S. veteran population does not impugn all veterans,” the report says. “Rather, ignoring the threat of veteran-involved violent extremism does a disservice to those who continue to support and defend the Constitution against all enemies, foreign and domestic, following their military service.”

The committee staff notes that there are certain risk factors that make some veterans susceptible to radicalization by extreme groups, including social isolation, job insecurity, unhealed trauma, substance abuse and mental health concerns.

It also finds that “peer support, including support from other veterans, military families and veterans service organizations, is vital to countering the threat of domestic violent extremism.”

One of the report’s recommendations is that DOD and VA “should infuse early prevention and intervention programs, as well as civics training” into education that service members and veterans get throughout their careers.