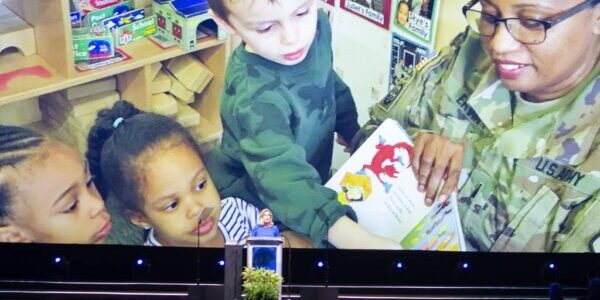 The Army and Air Force will build a child development center at Camp Bull Simons, Florida, Army Secretary Christine Wormuth announced. Families have struggled with child care there since the 7th Special Forces Group moved to Florida after the 2005 BRAC round, Military Times reported. “Our families are very excited,” said Molly Tobin, one of the leaders in the long-time fight for a CDC. “My phone has been ringing off the hook.”…

Development has started on a new VA clinic that will make it easier for some of Virginia’s Hampton Roads-area veterans to get treatment and specialty care, The Virginian-Pilot reported….

A 36-inch water main broke last week at Joint Base Pearl Harbor-Hickam Hawaii, leaving 93,000 people conserving and boiling their water. The Navy said Friday there is not yet a timeline for repairing the break, according to the Honolulu Star-Advertiser.