by ADC | Oct 27, 2022 | Base Redevelopment, In Our Communities, Military Families, Mission Support/Community Partnerships, On Base 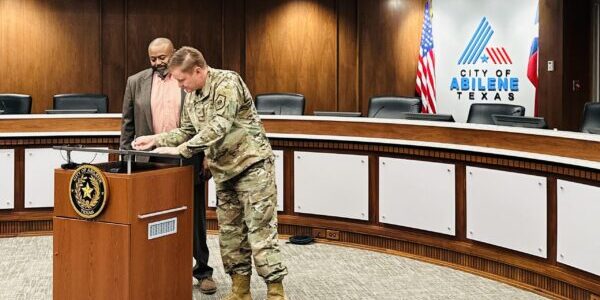 A new Massachusetts law will help military spouses expedite the transfer of their professional licenses if they move to the state for a duty station, the Springfield Republican reported. It also gives military families “in-state” status to lower public college and university tuition costs. “At the most fundamental level, this law is about recognizing that when an individual signs up for the United States Armed Services, it is not just them that is signing up; it is their entire family,” said state Sen. John Velis, the bill’s sponsor….

Dyess Air Force Base, Texas and the city of Abilene have signed a new 10-year blanket intergovernmental service agreement, KTAB/KRBC reported. “This agreement shows just how dedicated the city of Abilene is to improving not only the base, but also the lives of our airmen and families,” said Col. Kevin Kippie, 7th Bomb Wing Vice Commander….

BlueStar Studios is opening a 53-acre high-tech film studio at the former Fort Gillem, Georgia, according to Fox 5 Atlanta.