Austin Not in Talks with White House about Leaving His Job, Pentagon Says 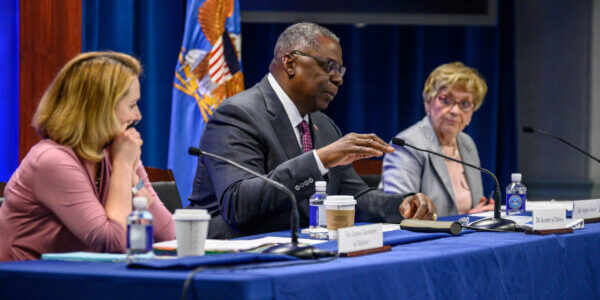 Pentagon Press Secretary Air Force Brig. Gen. Pat Ryder told reporters Tuesday that Defense Secretary Lloyd Austin has not had discussions with the White House about leaving his position after the midterms, when there is often Cabinet-level turnover.

“I’m not going to speculate about what the future may bring,” Ryder said when a reporter asked him about it at a press conference. “The secretary’s focus right now is on leading the Department of Defense and ensuring the national security of our nation.”